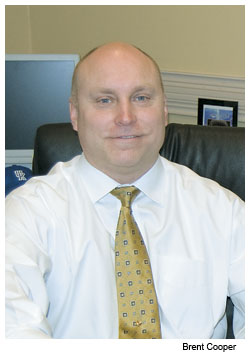 Brent Cooper likes to joke that Northern Kentucky puts the Greater in Greater Cincinnati.
He believes Covington is being reborn, the colleges are producing top-notch graduates, and businesses — large and small — are fueling the region out of the recession and into sustainable business growth.