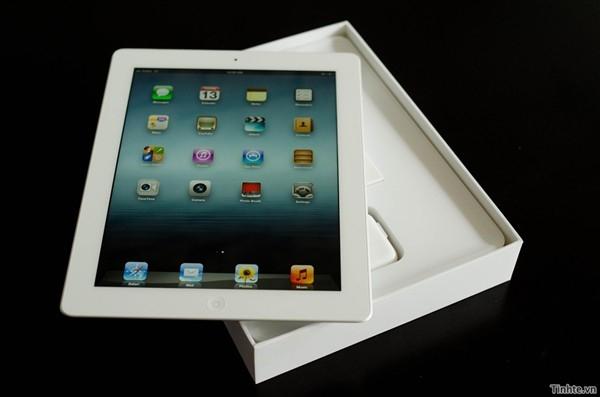 C-Forward employees are being asked about the new iPad.  Apple isn’t calling it iPad3, but we are.  You have to differentiate somehow, right?  Why they are insisting on just calling it iPad, with no way to distinguish it from other iPad versions, is a mystery to us.  It is too confusing!  Anyway, we don’t think the latest iPad is a game changer.  However, we do agree that it is an improvement on screen, camera, Internet speed, and processor.  Basically, it operates faster and looks better.

The Screen is capable of doing better HD than I would wager most of you can do on your HDTV’s at home!   For gamers, this is an exciting development, as the new iPad has better video capabilities than the Xbox and Playstation3,   with  “3.1 million pixels on the screen, and a total resolution of 2048 by 1536 pixels. Color saturation on the device was increased 44% relative to the iPad 2”.   They call it a “retina display”, and we agree that is accurate.   For most business people though, we don’t think this is that big a deal.  It falls under the “that’s nice” category.   Most business professionals who use the iPad for web browsing and business applications won’t view this as a compelling reason to upgrade.    Click here to see Apple Keynote.

In our opinion, the same holds true for the camera. It can handle more detailed pictures and videos. However, in our opinion, most business professionals will continue to use their phones or cameras as the primary method for taking photos. The exception may be those that do photo or video editing. The new iPhoto software is very nice.  But if you aren’t taking pictures with it, we think most people won’t use the iPhoto software. Who carries an iPad with them as the primary way of taking pictures? Not many people we know.  So, even though the iPad has a better camera, most business professionals won’t use it.  The exception is for those that use Facetime a lot. The video, with a good Internet connection, should look a lot better.

The biggest improvement for the business professional is the availability of wireless 4G on the iPad. For those road warriors who use wireless a lot, this is a big development. In our opinion, it is the only real compelling reason for an organization to pursue an upgrade to the current version. If slow Internet speed is an issue for you, and you love the iPad, this could be a good reason for you to upgrade. Remember though, the high speeds of the 4G connection allow users to exceed their monthly bandwidth allotments in less than a day – one HD movie or a few larger downloads at better-than-cable-modem speeds can wipe out a 5GB limit in short order.

In our opinion, the new Apple iPad is an improvement, and a terrific product, but not a revolutionary development.  For most business professionals, we do not recommend getting rid of your old iPad just yet … unless you are someone who desperately wants the faster 4G speeds. Regardless, if you do decide to get the new iPad, call it the iPad3 so we know what you are talking about!