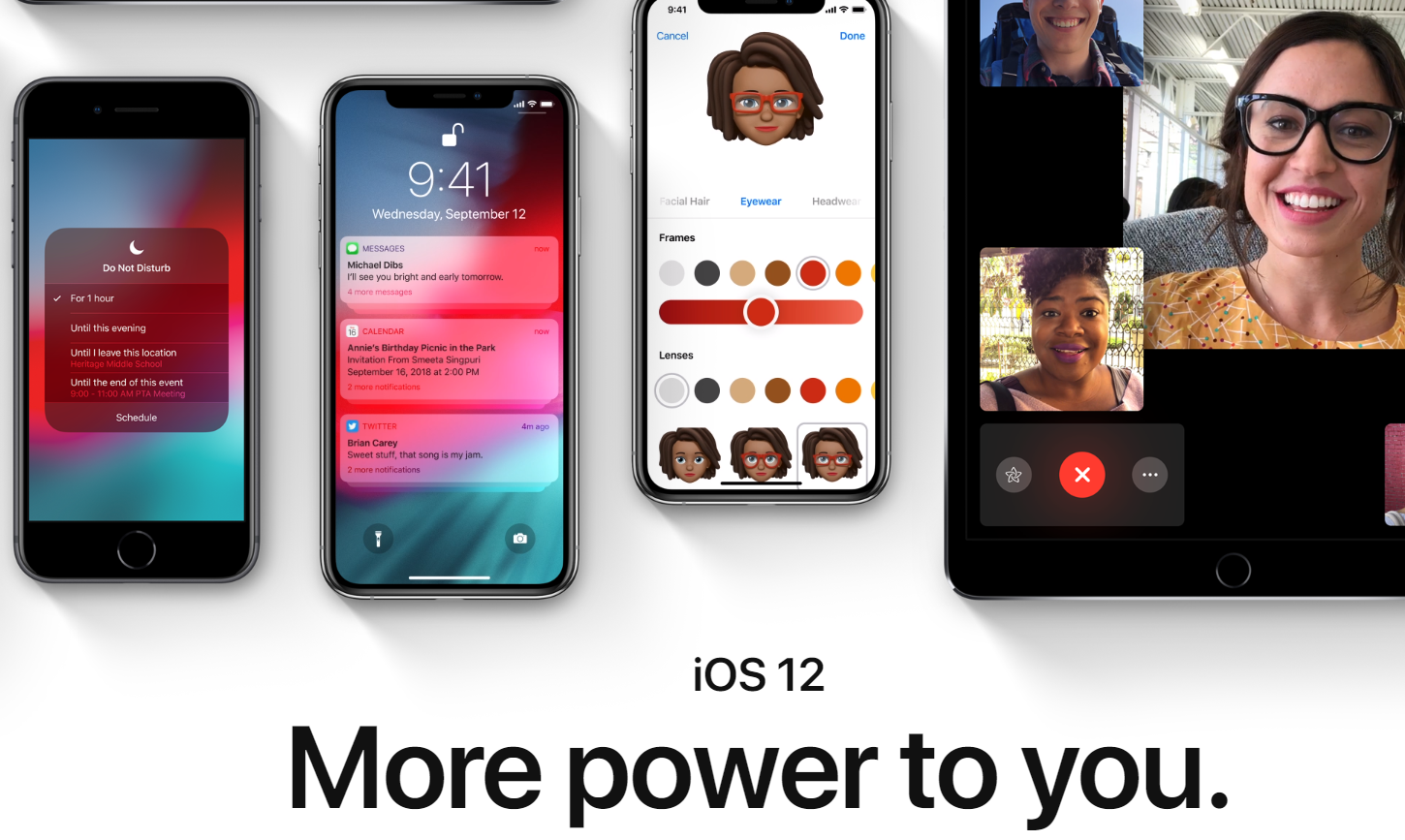 Apple’s Maps app isn’t getting a UI redesign, but the data that is displayed will be radically different and more detailed. The company has spent years behind the scenes improving its mapping data gathering capabilities, and users can expect to see an insane amount of additional detail in their maps, including improved foliage, pedestrian pathways, objects, and areas such as pools, baseball diamonds, and parking lots. Also expect better traffic data, construction information, and real-time road changes. The bummer is that these new Maps changes will only cover Northern California to begin with, with Apple rolling them out to the rest of the U.S. over the next year.

Face ID, which Apple unveiled with the iPhone X last year and expanded to other devices this year, will also see software improvements in iOS 12. First, users can now add two Face ID profiles to their devices. This means two different faces can unlock the same device. This is extremely handy for couples that want easy access to each other’s devices, or for parents and their children.

Another improvement is much more nuanced but welcome. In iOS 12 on the lock screen, you can now simply swipe up from the bottom of the screen to tell Face ID to try again if it didn’t recognize your face on the first try. This beats the old method of needing to press the side button to turn off the display, and then turn it on again to get Face ID to try again.

Don’t have one of the newest iPhones? No worries. iOS 12 will run on any iPhone or iPad that can run iOS 11. That includes all iPhones going back to the iPhone 5s—a five-year-old device!—and the original iPad Air.

But far better than just supporting older devices, iOS 12 will actually speed them up. Apple says that apps will launch up to twice as fast with iOS 12 on older devices compared to iOS 11. Onscreen keyboards will appear up to 50% faster, and the camera will be ready up to 70% faster when you swipe to it. It’s not often that a major software update actually speeds up old devices, but Apple has done it. 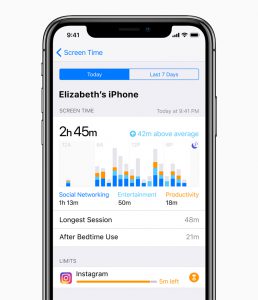 If you’re reading this article, you probably love your iPhone–possibly a little too much. As the effects of “smartphone addiction” become more well-known, users are increasingly trying to find ways they can detach from their devices. That’s where Screen Time comes in.

It’s a new digital health tool built into iOS 12 that gives you a better understanding of how you use your apps, and how much time you spend in them. Screen Time will even show you what apps are sending you the most notifications. All this taken together allows you to get a better picture of how hooked you are by your iPhone–and the new App Limits feature lets you restrict access to apps once you’ve spent a specified amount of time in them.

iOS 12 also offers better notification management right from the lock screen. If you decide your fitness app is sending you too many notifications, you can choose to disable all future notifications for that app, or to have them delivered quietly, meaning the notifications will still appear in Notification Center, but they will no longer show up on your lock screen.

iOS 12’s redesigned Stocks app features news items for each company gathered from the Apple News app. While Stocks has been available on the iPhone since the phone was first introduced, it’s now on the iPad as well.

Another iPhone-only app finally making its way to the iPad is Voice Memos. What’s even better is this app will now sync all its recordings via iCloud, so a voice memo you record on your iPhone will instantly be available on your iPad.

And then there’s the new Measure app, which uses augmented-reality tech to enable you to instantly measure the distance between any two points simply by using your device’s camera. Want to measure how wide that doorway is? No prob. How tall is your kid now? It’s a cinch to find out, thanks to iOS 12.

Another iPhone-only app finally making its way to the iPad is Voice Memos. What’s even better is this app will now sync all its recordings via iCloud, so a voice memo you record on your iPhone will instantly be available on your iPad.

And then there’s the new Measure app, which uses augmented-reality tech to enable you to instantly measure the distance between any two points simply by using your device’s camera. Want to measure how wide that doorway is? No prob. How tall is your kid now? It’s a cinch to find out, thanks to iOS 12.

Okay, this one isn’t going to make you more productive, but it is a lot of fun. iOS 12’s Memojis are animated emojis similar to the Animojis Apple introduced in iOS 11 and the iPhone X. However, Memojis are customizable avatars of yourself. That means you can create an animated emoji that will react in real time to your movements in front of the Face ID camera. These Memojis can then be used to create video messages or even represent you during a FaceTime video call instead of using your real face. 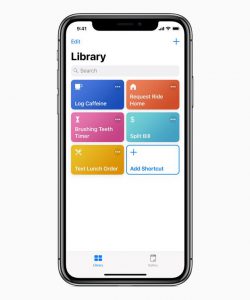 Apple’s Siri digital assistant is generally considered to be inferior to Google’s Assistant and Amazon’s Alexa. But iOS 12 hopes to give Siri a leg up by introducing Siri Shortcuts. These are quick actions that you can use to automate third-party apps via Siri.

For example, if you have a Tile Bluetooth tracker and use its companion app, you could create a Siri shortcut that responds to the phrase, “Hey Siri, where are my keys?” That phrase would trigger the Siri Shortcut to the Tiles app, which would then show you the location of the Tile attached to your keychain. Siri Shortcuts have the potential to make Apple’s AI helper infinitely more useful–if third-party developers take the initiative to support them, and users invest effort in learning how to create and use them.

iOS 12 is packed with privacy protections. iOS 12’s Safari browser prevents Share buttons and comment widgets from tracking you around the web without your permission. Better yet, it also foils “fingerprinting”–a technique that sites use to track you by collecting unique characteristics about your device, like an odd font you might have installed.

The new operating system also introduces the ability for Safari to create complex, unique passwords for websites and apps, and automatically stores them in your keychain so you never have to remember them–or worry about losing them.

iOS 12 will let students store their ID cards in the iPhone’s Wallet app, using the phone’s NFC technology to grant access to dormitories, student gyms, and other facilities. Upon launch, this feature will be live at Duke University, the University of Alabama, and the University of Oklahoma, with support for Temple University, Johns Hopkins University, and Santa Clara University by the end of the year.