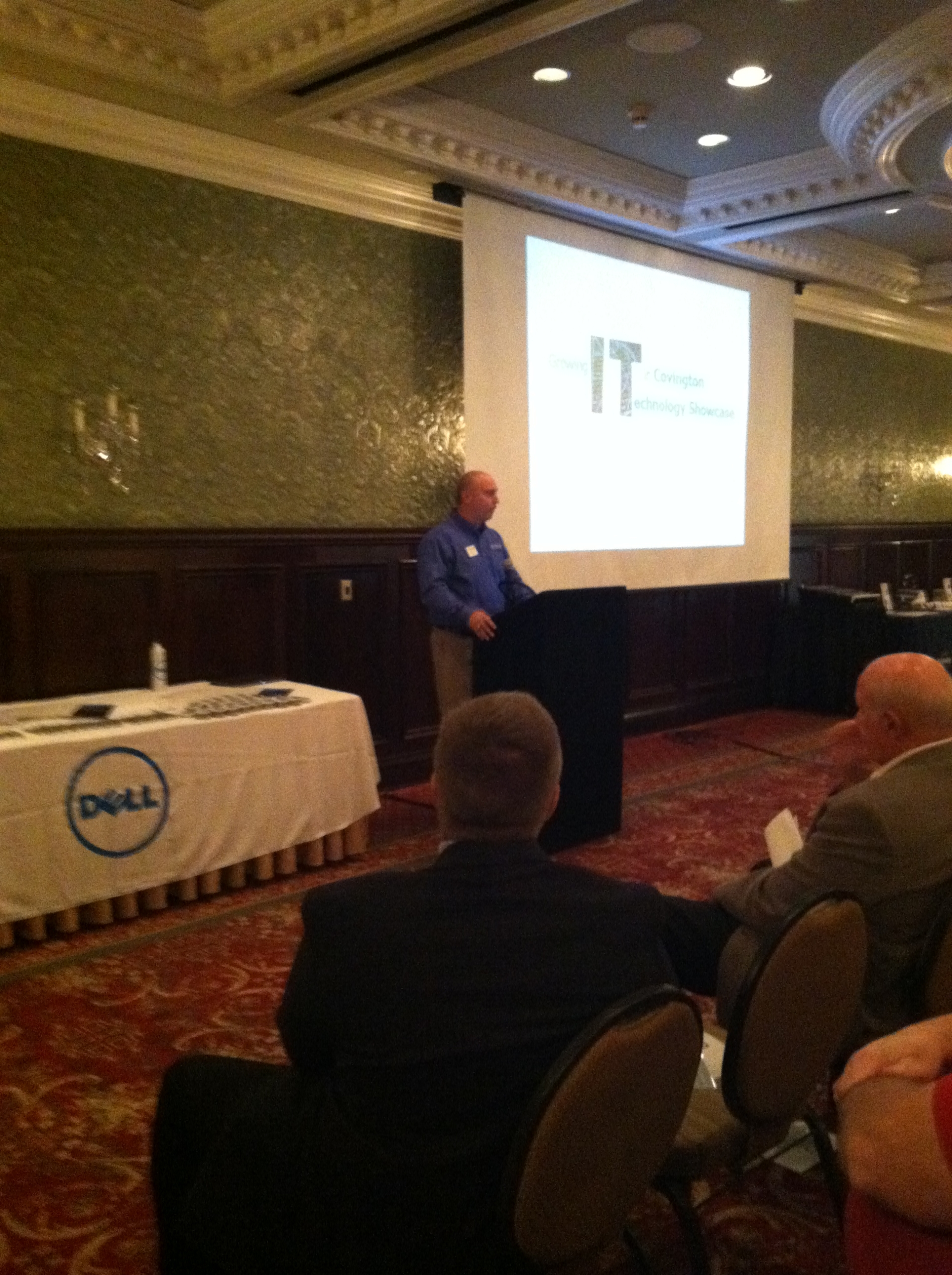 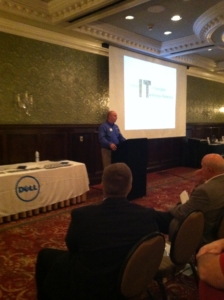 Microsoft Windows 8 made its debut as well as Dell’s Surface tablet.  The release of both is due this week.  Apple’s iPad now has a strong competitor in the Surface.

It’s game on in Covington

An informal coalition of businesses, educators and government officials is leveraging the launch of Microsoft’s new operating system in October to highlight Covington’s efforts to grow and attract information technology companies.

C-Forward Information Technologies, TiER 1 Performance Solutions and 3z.net are the local corporate sponsors for the “Growing I.T. in Covington” event on Oct. 19 at the Radisson Hotel. The title sponsors are Microsoft, Dell and Gateway Community and Technical College.

Other supporters  include the Covington Business Council/Urban Partnership of Covington, city of Covington and the Northern Kentucky Tri-County Economic Development Corp.’s ezone.

While it’s just for a few hours, the event is a chance for Covington to showcase its potential as part of this region’s effort to provide the capital, talent and resources  to attract and grow startup companies.

Covington’s government, for example, is reducing the payroll tax from 2.5 percent to 2.45 percent  to become more competitive with Cincinnati’s 2.1 percent rate.

The Covington Business Council is prepared to take the lead in improving the central business district,  an example of a public-private partnership designed to reduce stress on government resources.

Then there’s the ezone, a division of Tri-ED, which in 11 years has helped more than 200 companies and brought in $121 million in investments to Northern Kentucky. And the Gateway Community and Technical College Urban Campus downtown is seen as  key to  providing a jobs-ready workforce in Northern Kentucky.

“There is an incredible support network in Northern Kentucky for starting new businesses, from the ezone to the chamber of commerce to Gateway College,” said Normand Desmarais, cofounder and chairman of TiER 1.

“There is a bunch of entrepreneurial-type people here who are looking to add value to these new businesses and really support the heck out of them.”

Growing I.T. in Covington is the brainchild of C-Forward founder and president Brent Cooper. It was initially planned so C-Forward’s customers could preview new technologies, including Microsoft’s Windows 8 operating system and Surface tablet. Windows 8 launches  Oct. 26.

But Cooper, who sits on the boards of Tri-ED and Gateway Community and Technical College, saw an opportunity to do more.

“The event started off as just one company trying to do an event where we can bring some customers in and talk about Windows 8, and then as we were talking to these other businesses, and Gateway and Tri-Ed, we said, ‘Let’s tell all of our stories,’ ” Cooper said.

Those stories include the growth of C-Forward from a one-person startup in 1999 to a 22-employee operation today. TiER 1 once had three employees and two desks; it’s now based at the RiverCenter and has 100 employees with multiple locations across the country. 3z.net, which is approaching its 20th anniversary, provides hosting and data center solutions for clients and employs 10.

If Covington Mayor Chuck Scheper has his way, the city will keep building a business climate that results in more startups and encourages existing businesses to grow. He cites a recent Brookings  Institution report that found that 2 percent of job growth comes from relocation, 42 percent from expansion and 56 percent from startups.

That’s relevant given that two  high-profile companies  – Omnicare Inc. and Nielsen – recently left Covington to move just  a few miles across the Ohio River and into Cincinnati. The loss of roughly 850 jobs is  projected to cost Covington $1.1 million to $1.2 million in payroll taxes.

The larger view, Scheper said, is this: Cincinnati got more jobs and tax revenue, but the net result was a push for the region.

“In the past, a lot of our incentives were chasing after that 2 percent,” Scheper said. “We really need to figure out how we can have the incentives and motivation to help businesses grow.”

The city is studying creating a Tax Increment Finance district, which uses future gains in taxes to subsidize current improvements to help spur economic development. And reducing the payroll tax sends an important message to the business community, Scheper said.

Complementing the city’s effort is the Covington Business Council’s work. The CBC is a nonprofit association of nearly 200 businesses dedicated to improving the city’s business environment.

In the past 18 months, the CBC’s Urban Partnership arm, funded by corporate donations, has picked up more than 42 tons of litter in Covington. CBC executive director Pat Frew said that cleanup effort is important in establishing credibility with Covington’s property owners, who will be asked to help fund a business improvement district.

The business improvement district, which would have its own board comprised of commercial property owners, would focus on providing enhanced maintenance of the urban core; adding  public art and planters; and promoting economic development. The economic development arm, Frew said, would  work with the city to develop a customer service approach to existing and potential businesses.

Property owners would help fund the business improvement district in exchange for these services, which Frew said are an important element in reversing urban decline.

The October event, Frew said, “is a great way to spotlight our existing technology companies in Covington. That’s a sector we could potentially grow more broadly. It’s also a chance for us to educate technology companies that aren’t here about the benefits of relocating here.”

Those potential companies include members of UpTech, the new Northern Kentucky accelerator that provides its startups with $100,000 in seed money and access to resources including Northern Kentucky University’s College of Informatics. Cooper said at least some of UpTech’s companies are scheduled to attend the October event.

“I hope that it spurs interest in Covington, and the continued growth not just of our businesses, but all the technology businesses in Covington.

“ I’m hoping that it will bring more IT companies and startups like the UpTech companies. I want them to see what we’ve done and say, ‘Hey, maybe we can do that too. Maybe we can follow that same model and all grow together.’ ”