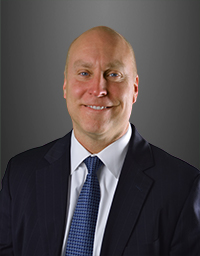 The General Assembly is responsible for allocating both State and federal transportation dollars.  It is estimated that Kentucky will have a total of $4 billion to spend on transportation projects for this biennial budget, including $2.4 billion in federal funds.

The letter, addressed to Senate President David Williams and House Speaker Greg Stumbo, asks the General Assembly to meet a $24.22 million funding gap in Governor Steve Beshear’s fiscal year (FY) 2013 funding request.  This shortfall could stall completion of the project’s detailed design phase.  The project requires $68 million by the start of State FY 2013, but the Governor’s request only provides for $43.78 million.

As the General Assembly develops the next Highway Plan, we urge you to ensure that it includes sufficient funds for the Brent Spence Bridge Project so that it can continue to make progress.

The project engineers estimate that $68 million is required by the start of FY2013 to adequately fund the next phase of the project without delay.

The engineers inform us that $22.26 million remains available from the $46.5 million secured for the project by Senator Jim Bunning, Senator George Voinovich and Congressman Geoff Davis in 2005.

In order to bid out the detailed design phase on schedule, a total of $68 million must be allocated by the General Assembly.  For this reason, we are requesting that the General Assembly: 1) sustain the Governor’s recommended funding levels for FY2012; and 2) for FY2013, increase the recommended $15 million to $39.22 million.  In addition, the Governor’s recommended $15 million in FY2014 should also be sustained.

The Brent Spence Bridge project will ultimately cost between $2 and $3 billion to complete.  To date, the funds dedicated to the project in the last federal highway bill have sustained progress.  However, they are no longer sufficient on their own to carry the project forward to the completion of the next phase.

The Brent Spence Bridge is essential infrastructure to the Commonwealth’s economy, and the aging bridge cannot meet increasing demand.  The bridge is a critical transportation artery for Kentucky as well as the nation.  Over $400 billion of freight crosses the Brent Spence Bridge annually.  That figure is expected to increase in real dollars to $830 billion by 2030.

The new capacity resulting from the project will provide sustained growth for the future while reducing congestion and pollutants experienced by many Kentuckians and Ohioans.  The project will reduce commercial and other travel time and their associated costs by millions of dollars per year.

The Brent Spence Bridge is also overcrowded, unsafe and, according to the Federal Highway Administration, “functionally obsolete.”  Completed in 1963, the bridge was built to accommodate 80,000 vehicles daily.  Traffic has now more than doubled and this overburden has created significant safety hazards.  To accommodate more traffic, the breakdown lanes were removed in 1986, and in June 2011 a man tragically lost his life after his vehicle broke down on the bridge.

For the biennial budget, Kentucky is estimated to have a total of $4 billion to spend on transportation projects, including about $2.4 billion in federal funds.  As you know, the General Assembly is tasked with determining how to allocate this money.

As business leaders; federal, State, and local officials; and members of the community dedicated to the betterment, development and safety of all Kentuckians and Ohioans, we ask you to provide $28.78 million in FY2012, $39.22 million in FY2013, and $15 million in FY2014 for the Brent Spence Bridge in the Highway Plan you will enact this session.

Thank you for your service and attention to this matter.  We pledge our efforts to work with you to accommodate this request.  Please do not hesitate to contact us if we can be of any assistance.

Fruit of the Loom