Microsoft announced October 2, 2018 three new models in its Surface line of PCs: the convertible Surface Pro 6, the traditional Surface Laptop 2, and the all-in-one Surface Studio 2. The company also showed off its new noise-cancelling Surface Headphones. While the announcements revolved around the idea of personal productivity (and the return of a particular color scheme), a few of the new products lack an increasingly important feature: USB-C, the universal port found on everything from thousand-dollar smartphones to your kid’s Nintendo Switch console.

The all-in-one Surface Studio 2, with its dominating 28-inch display packing more pixels than your 4K TV and innovative “hinge” design, is probably the coolest device in Microsoft’s Surface line, especially when paired with the Surface Pen and Surface Dial that makes photo editing and multimedia creation more fun than expected. It’s also the most expensive, and has been criticized in the past for its high price point and lack of graphical power. The new Surface Studio 2 blows past the last model’s $2,999 introductory price — it’s now $3,499 — but packs a brighter display, a USB-C port (more on that later), a huge 2TB solid-state hard drive, Intel’s seventh-generation i7 processor, and features “next-gen Pascal graphics” from graphics card maker Nvidia. Unfortunately for Microsoft, Nvidia recently released new graphics cards powered by its “Turing” technology, making the Surface Studio 2 not so “next-gen” after all. Despite the lack of cutting-edge processors, it’s still considerably faster than the previous Surface Studio, and that screen is pretty hard to be upset at.

The convertible $899 Surface Pro 6 received an upgrade to Intel’s latest eighth-generation processor, and now has a purported battery life of around 13 hours. It still features its iconic adjustable kickstand, detachable keyboard, and compatibility with accessories like the Surface Pen and Surface Dial. In either black or silver, it’s quite eye-catching, and the four type cover options mean you can add a bit of color if you’d like.

Of the three updated devices, the $999 Surface Laptop 2 is the most traditional product in Microsoft’s line of Surface PCs. It looks and acts like a normal laptop — or at least as normal as any laptop covered in Alcantara fabric can be. It’s also been upgraded to Intel’s latest eighth-generation processor, and has a battery than can last for around 14 hours, according to Microsoft. It’s still available in red, blue, and silver, though the previous gold option has been replaced with a (cooler) matte black version.

The hardware announcement was followed by a preview of Windows 10’s upcoming October Update, which will bring new features to Windows 10 that make it easier to bounce between your desktop and mobile device. The Your Phone app, for example, lets you control your Android smartphone from your desktop. You can run apps, respond to messages, and take or move photos from your smartphone’s camera roll to your PC.

All in all, the designs remain largely unchanged, though the matte black versions available for the Surface Pro 6 and Surface Laptop 2 are pretty attractive options. But even new colors can’t distract from one of the biggest issues with two of the three updated PCs. It’s 2018, and there are no USB-C ports to be found. What gives?

Unlike Apple, which has been making MacBook Pro laptops with only USB-C ports since 2016 (to the frustration of some users), Microsoft’s laptops have mostly shied away from the port, meaning those who want the newer connection standard needed an external USB-C dongle. To be sure, it’s not like Microsoft doesn’t know how to put the port on a laptop. It already makes the powerful 15-inch Surface Book 2 and the recently released 10-inch Surface Go, both equipped with USB-C ports that let you charge your laptop or other device, transfer files, and connect to external displays, all without needing different cables. Even the company’s reveal of the $349 Surface Headphones left me scratching my head. The silver over-ear wireless headphones, featuring 14 levels of active noise cancellation, have both a 3.5mm headphone jack and a USB-C port for charging. Meanwhile, the brand new “versatile” Surface Pro 6, as described on Microsoft’s site, lacks the port. 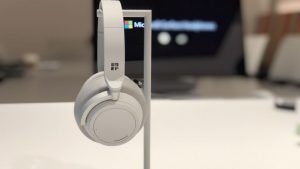 In the past, Microsoft cited the once-low USB-C adoption rate and user confusion over USB-C dongles and hubs as reasons for excluding the port in favor of the magnetic Surface Connect port and Mini DisplayPort. While that may have been a logical decision a year or two ago, to exclude the connection standard in 2018 seems surprisingly short-sighted. Plenty of modern devices now use USB-C, meaning users are more likely now to be frustrated over the absence of it rather than its inclusion. As when Apple was criticized for going all-in on USB-C with its MacBook pro laptops a couple years ago, we’ve reached the point when Microsoft neglecting the new standard can be viewed as a similarly user-hostile decision. The omission is more than puzzling; it’s frustrating, and makes Microsoft look behind the times despite its (mostly) forward-thinking lineup of devices. It doesn’t matter how black the laptop is — who wants it if it’s already out of date?

Microsoft has fixed 60 vulnerabilities this monthly update round, including two zero-days and patches for the newly disclosed Intel L1TF bugs.

August Patch Tuesday saw updates to fix two zero-days already publicly disclosed and being exploited in the wild. These should be the top priorities for admins this month, according to Ivanti director of product management, security, Chris Goettl.

“CVE-2018-8373 is a vulnerability that exists in the way that the scripting engine handles objects in memory in Internet Explorer. Exploitation could result in remote code execution and grants the same privileges as the logged-in user including administrative rights. Because this vulnerability exists in IE 9, 10, and 11, it affects all Windows operating systems from Server 2008 to Windows 10,” he explained.

“The second zero-day vulnerability, CVE-2018-8414, is a code execution vulnerability that exists when the Windows Shell does not properly validate file paths. Exploitation can also result in remote code execution with the privileges of the logged-in user. This vulnerability is not as widespread, existing on only Windows 10 1703 and newer, Server 1709 and Server 1803.”

Microsoft also published an advisory covering the newly disclosed Spectre/Meltdown-like L1TF vulnerabilities. The Redmond giant has released several updates to help mitigate them, but warned that users of VBS or versions of Hyper-V prior to Windows Server 2016 may need to disable Hyper-Threading, which could cause performance degradation.

Not to be outdone, Adobe released more updates on Tuesday, including fixes for five Flash Player updates and two new critical flaws in Reader and Acrobat, to follow the 100 announced last month. 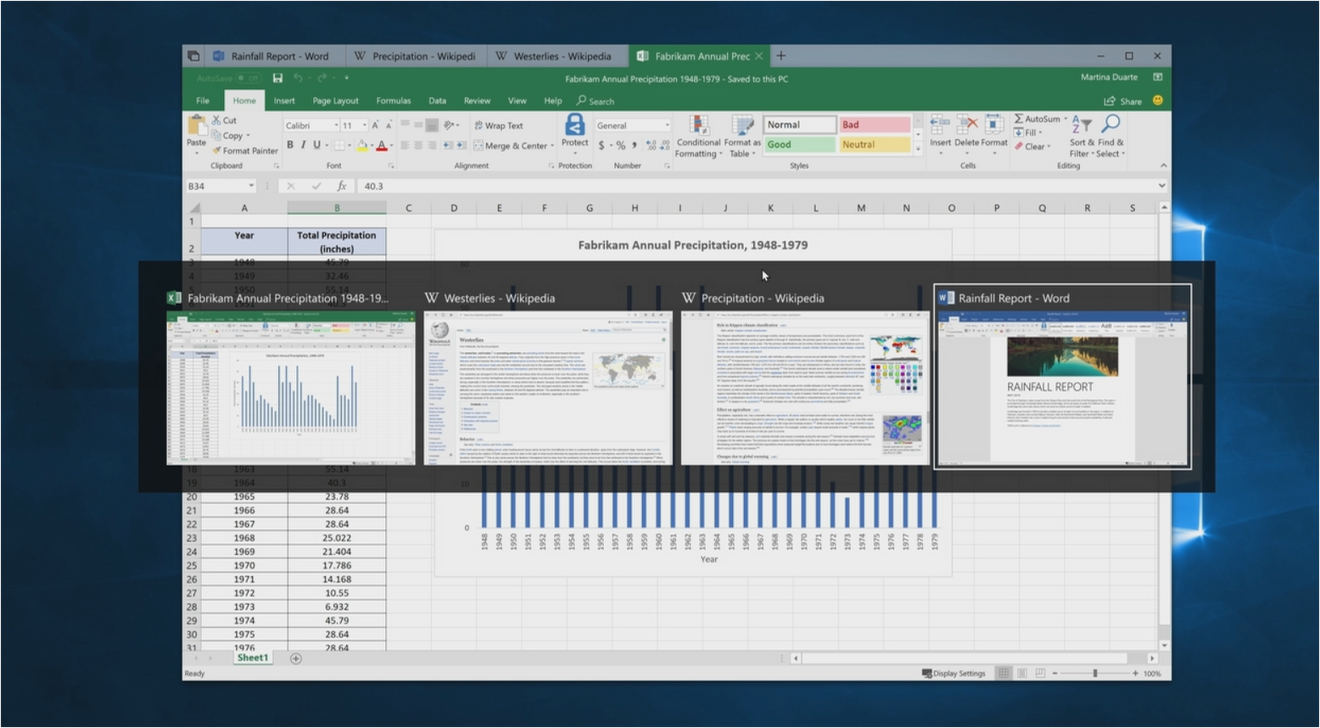 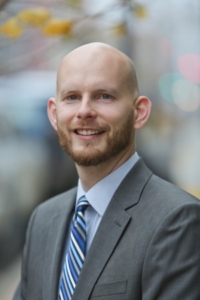 C-Forward, an Information Technology (I.T.) Services firm headquartered in Covington, KY is announcing the return of a key manager.

Mike Grout, who was with C-Forward for nearly 10 years and left the company in late 2015, has returned to his previous role as Technical Services Manager.

Said C-Forward President Brent Cooper, “I’m thrilled to see Mike back in his office! Having his expertise and experience on board makes us a much stronger organization. For nearly 10 years he showed our employees, our customers, and our community that he is passionate about building great teams, solving problems, and learning about the newest technologies. His return will help C-Forward’s clients be more efficient, productive, and ultimately successful. Getting Mike back is a big deal.”

An NKU graduate (Class of 2006) and a Leadership Northern Kentucky Graduate (Class of 2013), Mike will lead C-Forward’s technical service team with the goal of providing extraordinary customer service. He will be coordinating and managing technical projects for non-profit, government and for-profit clients. As part of C-Forward’s leadership team, he will also be assisting in several aspects of the company’s daily operations.

“Like many C-Forward employees, Mike has served the community in a number of ways. He served on the Northern Kentucky Workforce Investment Board, the Leadership Northern Kentucky Advisory Council, and has volunteered with Habitat for Humanity, just to name a few. His dedication to our community is impressive and is a wonderful example for other millennials within our organization.” Cooper said.

Said Grout, “After almost 10 years, I left to get perspective on my career and professional goals. After a short time away, I confirmed that C-Forward’s mission and vision is exactly in alignment with my personal beliefs and goals. I believe that to be successful, you have to be passionate about your work. For me, trying to make our business, our employees and our clients a little better is what gets me out of bed each morning. Leading a team towards our goal of helping businesses successfully leverage technology is exciting to me. I love what we do and am very happy to be back!”

Mike lives in Edgewood, KY with his wife Lisa and their dog Scooter.

In this episode we usher in the New Year and highlight some Fitness Tech options that can help you keep your New Year’s resolution.

In this episode we highlight Microsoft’s upcoming Surface Pro 4 and the Windows 10 Hello feature.

In this episode we preview Microsoft’s Surface Book.

In this episode we talk about some of the new features in Microsoft’s Office 2016.

In this episode we highlight the “Flash Fill” feature inside of Microsoft Office365’s Excel. We also demonstrate some other cool Excel tools.